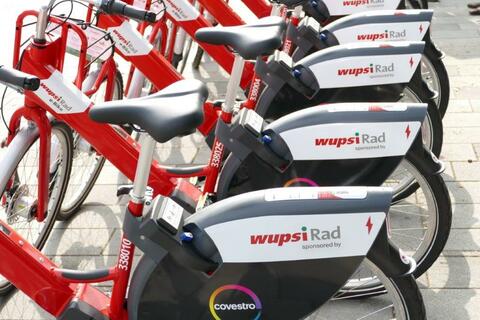 The wupsiRad bicycle rental system, which is popular with Leverkusen residents, has been affected by a short-term restriction.


Unfortunately, there have been increased problems with vandalism in recent weeks. The heavily-used Leverkusen Mitte station is particularly affected. The bikes have to consistently undergo intense repairs making them unavailable to the rest of the riders during this time. wupsi, together with its partner nextbike by TIER, has therefore decided to stop operating the Leverkusen Mitte station for an initial period of two weeks. Bikes can still be parked, but these will be distributed to other stations by the service in a timely manner.

"We regret that it comes to a restriction of the offer, but hope that this "break" will relax the situation at the station again," says Frank Nettesheim, authorized signatory of wupsi.

Since damage to property is a criminal offense, the incidents will be reported to the police. Employees of nextbike by TIER and wupsi have been sensitized to pay more attention to vandalism. However, wupsi also asks the public for assistance if an incident is observed. This should be reported to the police. Reporting damaged bikes - preferably with a photo and location - to wupsi (info@wupsi.de) also helps to combat further vandalism.

nextbike by TIER is the European market leader in bike sharing and stands for a multimodal and socially fair transport transformation. In over 300 locations in more than 20 countries, nextbike by TIER has established bike sharing as an elementary component of livable cities and regions. Integrated into public transport, the company offers millions of users the ideal means of transport for their daily needs with pedal bikes, e-bikes and cargo bikes. nextbike by TIER is a brand of TIER Mobility SE, the world's leading shared micro-mobility provider.